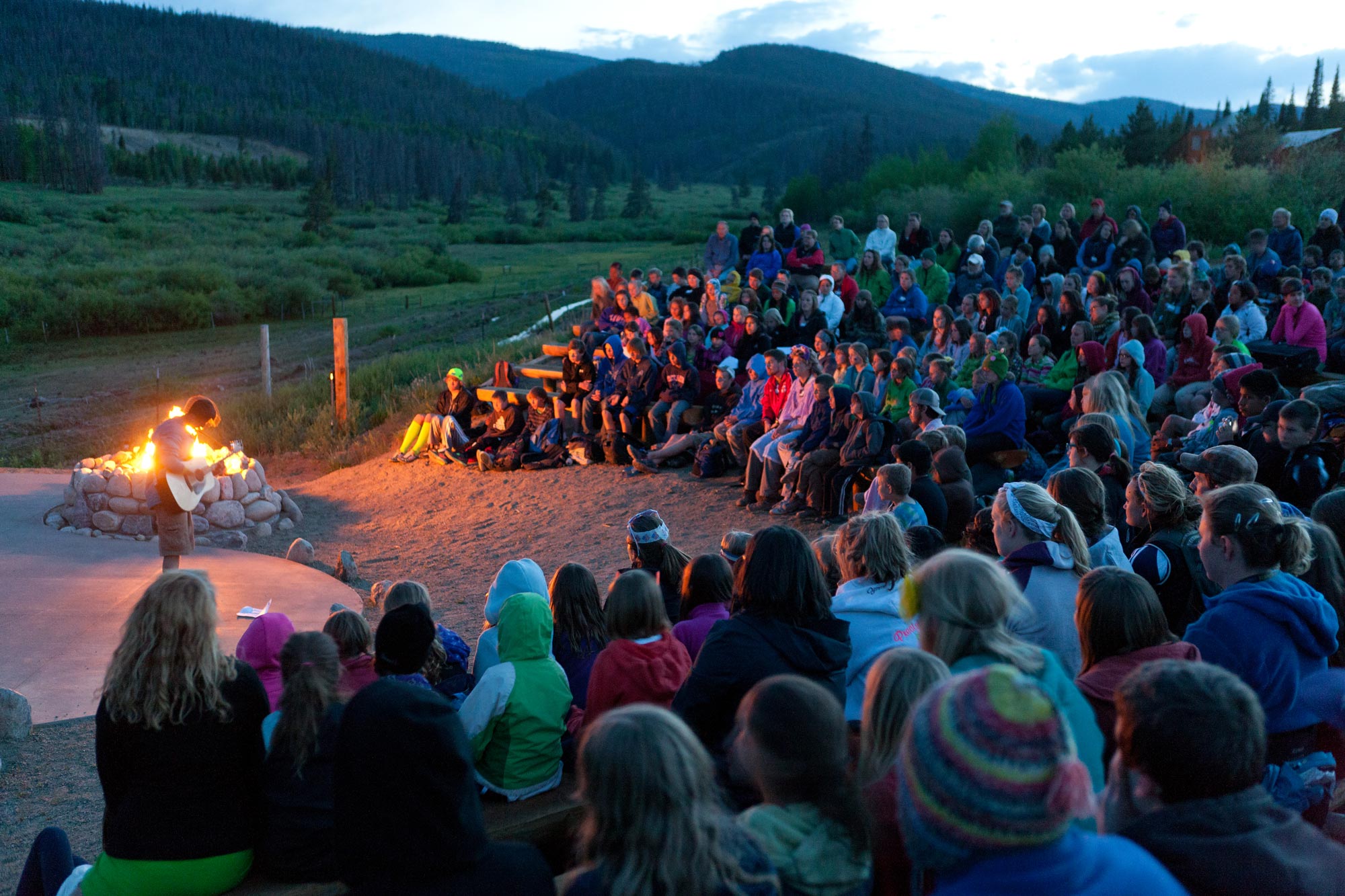 Creating the Fun and Games 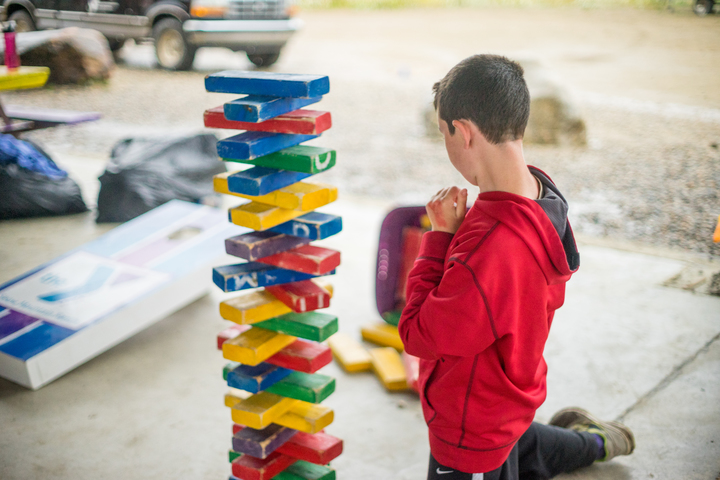 Creating the Fun and Games

The past several weeks of summer camp so far have been filled with memories, adventures, and craziness. We are not entirely certain how it got to be the ninth session already, but there are only a few more days left until the summer of 2014 is in the books.

As many may know, to make each session even more fun and special, CCO has themes for each week of camp. This doesn’t dictate the whole week, but instead, guides the fun.  Cabins often change their cabin identity in some fashion according to the theme.  Counselors also will typically embody certain characters that coincide with the imagined plots that tie the theme and camp agenda together throughout each day. These characters that fit the theme typically make an appearance in short skits at the beginning of the week and reappear in the dining hall each day.  Their stories often parallel with the conflict behind many of the all-camp games in the evenings as well. Although this has been happening for quite some time, the themes have been planned and played out uniquely this summer.

This summers’ Master of Fun and Games, Ben Kissam, sketches the outline to these characters and plots and then suggests how to have the actors (our counselors) appear throughout the week. Rather than just determining the full story before the campers arrive, he creates the base of the story beforehand and directs the plots’ details as the week goes on. He made a decision before the summer started to orchestrate the plot outline for each of the weeks so that the campers influence how things are going to go. Recognizing who the fun and games are created for, Ben values the thoughts of campers. He observes their reactions and scripts accordingly. The results of each weekly tale ultimately lies in their hands. Campers unite as each cabin or group of campers interprets and contributes to the weekly plot. For example, during Neverland week, he realized that the campers favored the humorous “Chad” character, Wendy’s lackadaisical couch-surfing boyfriend. Therefore, after a week of Peter Pan’s hidden jealousy for Chad and Wendy’s relationship, Peter and Chad decide to not fight over Wendy. Instead of deciding to give Chad the boot by having Peter Pan win Wendy’s heart, Peter and Chad called a truce  and proceeded to attend a dance party together as friends without her at the end of the week. The unforeseen plot twist of these scenes played by counselors models how Ben finds importance in highlighting people’s potential and creativity. He also has passion for child development and bettering their growth process.

Ben graduated this past Spring with a degree in Physical Education from Springfield College in Springfield, Massachusetts. Dedicated to youth development, Ben plans to dedicate his occupation towards children as a Physical Education teacher. He has accepted a teaching position at Denver Discovery School this fall.

Ben agreed to sit down with Kenzie, CCO’s Media Intern, to briefly answer a few questions pertaining to his approach to his position.

KENZIE: How have you gone about planning the theme weeks?

BEN: My goal for the summer has been to have the following week planned out before the campers arrived for the previous week. For example, I had session 3 nearly completed prior to campers getting here for session 2. This allows the ideas I come up with to “marinate” so-to-speak, so I can build off of them throughout the week. I’ve tried to structure the plot of each week very loosely. My goal with any of the ideas that I come up with is to make it broad enough that I can change it halfway through the week to something that I had not intended to. I don’t ever want to come up with such a specific idea that the kids don’t totally buy into it and then I’m left in a hole trying to dig my way out of it. I like to see what the kids get into and plan the week from there. I don’t think there has been a week this summer where I knew what would happen in the final skit on Thursday night at the beginning of the week.

KENZIE: Why do you feel this approach is best?

BEN: Camp is for the kids! I think of my position as a facilitator and not a diplomat. Kids have a much more unbiased and pure response to anything that you throw at them. If they think it’s funny, then they will tell you right away. If they think your idea is awful, you will also know really quickly. I want to take the abstract ideas that I come up with and watch what the kids do with them instead of deciding for them. Their responses allow me to be more creative as well.

KENZIE: Do you have any specific examples of this from this summer?

BEN:  The greatest example, and one of my favorite moments this summer, was during session 1. Superhero week was structured as a game show called “Who wants to be a superhero?” where 4 counselors competed for the rights to become the next famous superhero. An error in judgement I made came from only have 1 female competing against 3 other male counselors. It was amazing and hilarious to me to watch all the boy cabins scream at each other to get on the same page in the dining hall during the first “vote off” because they knew she was the biggest threat to win the show, as she would garner all the female votes. It was political, cunning, teamwork and wisdom all rolled into one. Kids continue to teach me things everyday.

KENZIE: What do you think the theme weeks add to CCO?

BEN: The theme weeks add an extra element to camp that the kids can all sink their teeth into. It helps unite groups of campers into cabins, and sometimes can unite the entire camp depending on the theme. The things the kids and counselors come up with are amazing. We have had 9 year olds running around camp selling Timeshare investments. We have had our camp director’s wedding reenacted by a group of 7 year old girls. I’ve watched cut throat screaming matches take place over whether dinosaurs or goats are better animals to support, and I honestly think it’s the greatest thing in the world. The amount of creativity our counselors have and the enthusiasm they walk around with gets kids to buy into literally anything. If we didn’t have theme weeks, I think camp would be a much more generic place. Kids would still have life changing moments and we would still teach them as many “Forever skills” as we do now, but they would leave with far less specific memories. The creativity and willingness to try new things that we have at CCO is something I believe carries over into the real world after each one of us leaves.

KENZIE: Is there a balance you look for when it comes to creating the theme weeks in relation to the counselors and campers?

BEN:  I think a lot of what I do is similar to that of a Disney writer. My goal is to create characters and skits that appeal mainly to the kids, but with some subtle adult smiles tied into it. I like to tie in things from when our staff were kids, but make them likable enough that the kids love them too. The biggest grin I’ve ever had on my face came when I watched a group of girl campers standing on a log one night before vespers imitating Richard Simmons by shouting “We love fitness” and doing synchronized squats. Did they have any idea who Richard Simmons was? Probably not, but he was goofy enough that the kids all loved him.

The CCO staff, Ben especially, thanks each and every camper for coming to camp and making their jobs awesome. As the Master of Fun and Games, Ben praises the intelligence of  the campers and has felt honored to have the opportunity to assist in creating these memories.

Cancel Reply
By continuing to browse the site you are agreeing to our use of cookies.